Virtual sport is gaining more and more clout around the world, which is best proven by the fact that the biggest global brands are starting to invest in it. These include some of the traditional sports giants such as FC Barcelona and McLaren Racing. Which games and organizations have attracted the interest of renowned sponsors?

In recent years, e-sports has become much more than just fun in front of a computer screen. Now the virtual competition is a professional and fully-fledged discipline, but also a big business. This is recognized by the tycoons of traditional sports disciplines, who more and more boldly invest their funds in the gaming sector.

FC Barcelona with its own section of the League of Legends?

League of Legends has long ranked among the top most popular online games. According to Spanish media about their own section in this area dreamed of FC Barcelona, one of the two largest sports clubs on the Iberian Peninsula. To this end, the Catalans would establish a partnership with the well-known to esports maniacs organization S2V Esports, which can boast of considerable experience. In its portfolio we can find divisions in competitions such as Counter Strike: Global Offensive, Rocket League, VALORNCIE and Formula 1. The agreement between the two parties is said to come into force in 2022.

Another big brand from traditional sports that has decided to invest in the gaming industry is Formula One team McLaren Racing. As part of an ambitious project called Shadow Studio, the British designed a real haven for e-sportsmen. Equipped with the most modern computer equipment, the building is located in the English town of Woking. The venture is meant to be a kind of complement to McLaren Racing’s activities in the market of virtual competition, where the team has been actively involved continuously since 2017. We must admit that the newly formed studio looks truly phenomenal!

It's time for the next stage of McLaren Shadow.

E-sport is growing in strength

The e-sports segment constantly attracts the attention of other world giants, such as Paris Saint Germain or Miami Heat. In Poland, in this respect, the leader is Wisła Kraków through the project Wisła All in! Games project. Everything seems to indicate that further significant investments in the world of computer games by sports powers are just a matter of time. Therefore, in the coming years we can expect even more dynamic development of esports. 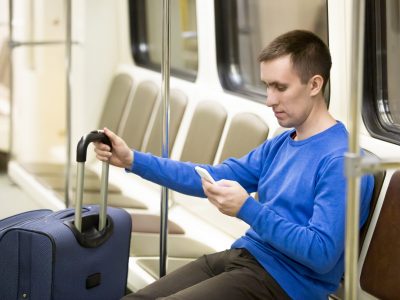 E-services, or how to take care of safety during summer travels
The official start of summer vacations is a great opportunity to take a look at e-services that will make this carefree period even more enjoyable and much less complicated. Here are some of the most interesting proposals for people planning to spend this summer in an active way.
29 June 2021
Najnowsze
Popularne